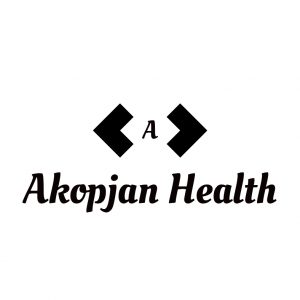 Reputation is the name given to the reputation or standing of an individual, organization or company. A bad reputation can burden companies and make business impossible. For example, the Nestlé company has a very bad reputation among large segments of the population.

For example, Nestlé is said to steal people’s water, destroy the rainforest, or even harm people’s health through its own products. For these reasons, Nestlé repeatedly attracts criticism and protest, with negative consequences for the company. Whether the accusations are true or not may remain to be seen. By Valentin Schulte economist & stud. iur at the law firm Dr. Thomas Schulte, Berlin.

The Internet in particular offers the possibility of networking people. These people can of course also join together to protest about companies. Newspaper articles about crimes once appeared in the printed edition and could only be laboriously dug out of the archives afterwards. Today, most newspapers have online archives. It is therefore sufficient to Google the name of a person and old misdemeanors come to light again.

A good reputation has to be built up over a long period of time, but it can be destroyed quickly. For this reason, one’s reputation should always be monitored and controlled. This does not mean spreading untruths, rejecting justified criticism and artificially raising oneself, if a good reputation is built up the company or private individuals must also live up to it. Only then it is possible to keep away unjustified criticism and to pursue „in peace“ the own business purpose.

Here a consideration must take place. In the case of current reporting on serious or most serious crimes, the interest in information generally takes precedence over the rights of the person concerned. The Frankfurt Higher Regional Court ruled as early as September 6, 1979 (16 U 75/79) that naming a person is justified if the convicted person has become a person of contemporary history due to the seriousness of his crime.

This is opposed by the protection of personality guaranteed in the German constitution (Art. 1 I in conjunction with Art. 2 I Basic Law). It follows from this that, once the current interest in information has been satisfied, the media may no longer deal with the person of the perpetrator and his or her private sphere for an unlimited period of time, even in the case of serious crimes. The right to be „left alone“ applies. This also has to do with the meaning of our legal system. Thus the Federal Constitutional Court states in its decision of 05.06.1973 (1 BvR 536/72) that even a perpetrator who has entered the public eye by committing a serious crime and has aroused general disdain nevertheless remains a member of society who is entitled to the same rights to protection of personality as all others. This means that an offender must tolerate intrusions into a private sphere in view of the public’s interest in information. After a certain period of time, however, the public’s interest is satisfied and encroachments can no longer be justified.

One problem here is now the placement of an article originally published about the committed crime in an online archive, so that it is made permanently available to interested members of the public who conduct appropriate research, even after years. According to the Frankfurt Higher Regional Court (decision of 22.09.2006 – 16 W 56/06), this process is a later and therefore inadmissible reporting, which is contrary to the resocialization interest of the offender and is therefore inadmissible. Such articles in the online archive must therefore be deleted or at least alienated in such a way that it is no longer possible to assign them to the person concerned.

The case law on criminal offenses maps extreme areas of reputation. In general, the following rules apply with regard to the Internet:

Self-control is indicated. Nobody controls who brings and says what about whom on the Internet. It is therefore necessary to protect one’s own interests.

First look for and claim the offender, then third parties such as platform operators, etc.
Technology is considered innocent – at present, service providers of a technical nature are liable only in exceptional cases.

The Kanzlei Dr. Schulte attorney is successfully civil-legally since 1995 emphasis in the area of the Internet, Reputations- and competition right active. It represents country widely the interests of individual investors. Supplementing sender data with the Law office location find you in the imprint on the Internet side www.dr-schulte.de.